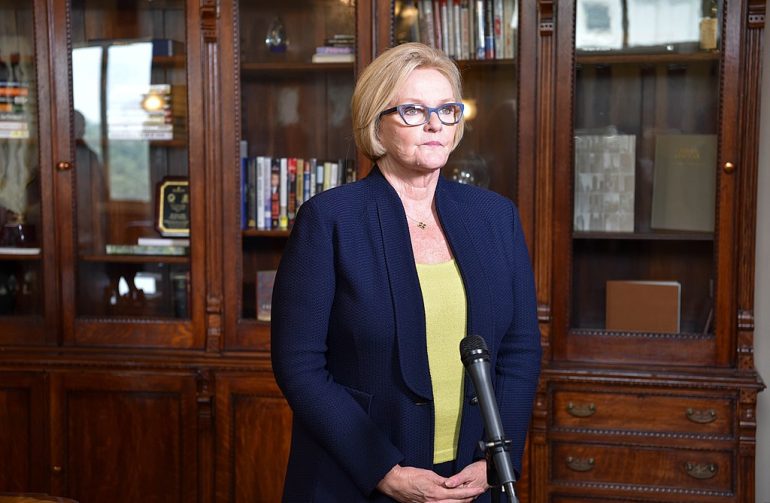 The former senator was on MSNBC where she is a contributor when she made those claims, Mediaite reports.

McCaskill doesn’t seem to think this will be the case.

“I mean, what used to be reasonable for every American in terms of attaining a higher education has become completely unattainable. I’m not sure Biden’s policy here works,” she said. “The other big question about this decision, while I don’t disagree with the decision he’s made about this, is will it really have the impact they’re hoping for with younger voters.”

Biden announced on Wednesday he is forgiving up to $20,000 in debt of Pell Grant recipients for individuals making less than $125,000 annually and couples making under $250,000 annually.

Other student debt up to $10,000 will be forgiven for those under those same income caps. The president also extended the moratorium on student loan payments for the last time. The moratorium, which was implemented due to the Covid-19 pandemic, will end on Dec. 31. Biden also capped repayment of undergraduate loans at 5 percent of monthly income.

Student loans have been a driver in the cost of higher education and because these loans are not dischargeable in bankruptcy, high education institutions have no risk in raising the costs of tuition without providing job skills to students.

Biden was a main sponsor of the bill that saddled Americans with student loan debt without the possibility of ever filing bankruptcy to get rid of it.

Biden created this debtors prison while enriching the elite at universities. Now he is giving a gift to the upper middle class who have debt while saddling taxpayers with the bill.

The gas on the inflationary fire has been poured, the inferno will be sure to follow.