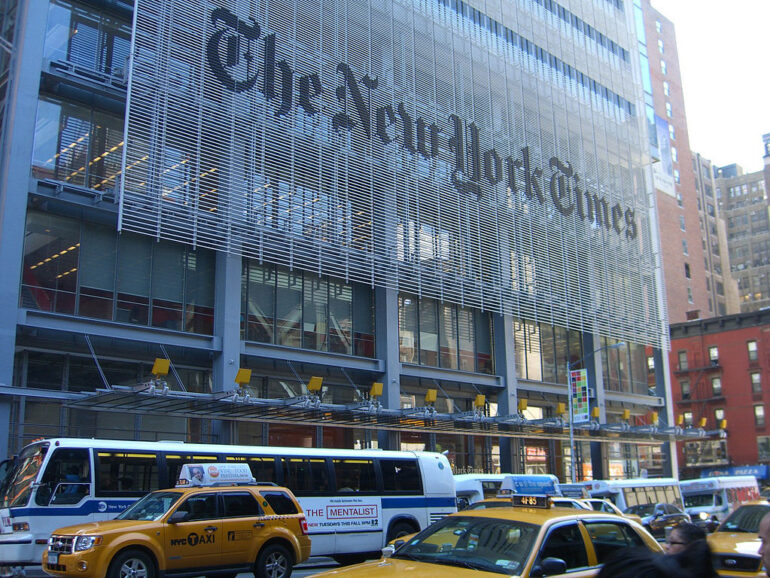 In an odd effort eight New York Times opinion columnists admitted when one of their predictions was wrong, according to Mediaite.

The publication pointed out that the New York Times columnists could be looking for attention, but since they admitted they were wrong, we will oblige.

The eight corrections were:

In our age of hyperpartisanship and polarization, when social media echo chambers incentivize digging in and doubling down, it’s not easy to admit you got something wrong. But here at Times Opinion, we still hold on to the idea that good-faith intellectual debate is possible, that we should all be able to rethink our positions on issues, from the most serious to the most trivial. It’s not necessarily easy for Times Opinion columnists to engage in public self-reproach, but we hope that in doing so, they can be models of how valuable it can be to admit when you get things wrong.

The Mediate report goes on to discusss some of the reasons why the columnists thought they were wrong.

Bret Stephens has realized he was wrong to be so mean about the judgment of Trump supporters. On the cusp of another January 6 hearing, he writes “The worst line I ever wrote as a pundit — yes, I know, it’s a crowded field — was the first line I ever wrote about the man who would become the 45th president: ‘If by now you don’t find Donald Trump appalling, you’re appalling.’”

Michelle Goldberg has come to the conclusion she was wrong to call for Al Franken’s resignation when she did.

“I regret calling for Franken to resign without a Senate investigation,” Goldberg writes, and adds “Due process is important whether or not a person did what he or she is accused of, and the absence of it in this case has left lasting wounds. Carried away by the furious momentum of #MeToo, I let myself forget that transparent, dispassionate systems for hearing conflicting claims are not an impediment to justice but a prerequisite for it.”

Krugman writes that he was mostly right, at least about the causes of inflation, but concedes “something was wrong with my model of inflation — again, a model shared by many others, including those who were right to worry in early 2021. I know it sounds lame to say that Team Inflation was right for the wrong reasons, but it’s also arguably true.”

The most interesting is the regret over Al Franken. Democrat overreaction turned the “Me Too” movement into a runaway train that saw many undeservedly get caught up in the feeding frenzy.

Especially regrettable to the Democrats is how they turned on one of their own, and without due process ended a career.

Will they learn a lesson?