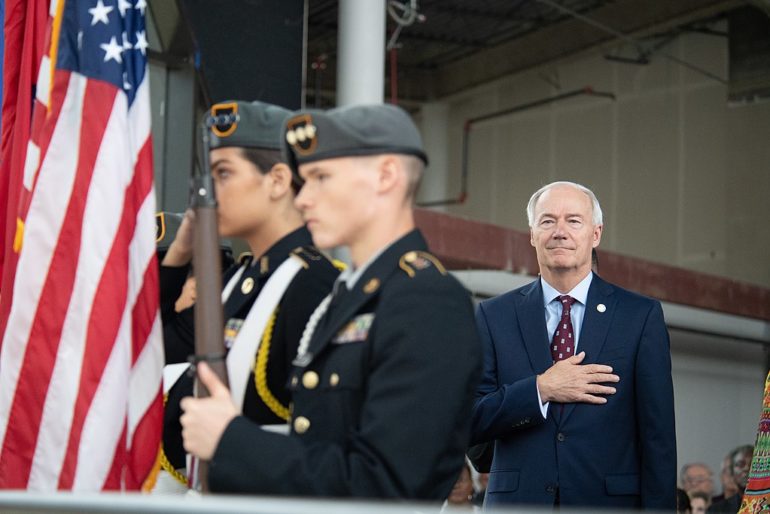 FORT SMITH, Arkansas September 24, 2019 - The U.S. Marshals Museum in Fort Smith, Arkansas, chose the 230th Anniversary of the U.S. Marshals Service to dedicate its brand new Hall of Honor and the museum building itself. This is the first part of the museum to be finished so far. The museum is still under construction and hopes to open to the public by the end of next year. Speakers at today's dedication included Doug Babb, Sam T. Sicard, Robert A. Young III, Ltd. Governor Tim Griffin, Governor Asa Hutchinson, and U.S. Marshals Director Donald Washington. [Photo Cred: Office of Public Affairs from Washington DC, CC BY 2.0 , via Wikimedia Commons]
Nick Landry·
NewsPolitics
·9 months ago··5 Comments·0

The Republican governor wants the party to focus on the everyday lives of individual Americans and not resort to harsh talk.

During The Future of Everything Festival Hutchinson said, “there is a linkage right now between him personally and those things that we care about…de-linking those takes time… We have to show that we are the party of the future and not the last election. That is critical for us.”

Hutchinson is looking to set himself apart from the pack and it looks like he is focusing on rhetoric.