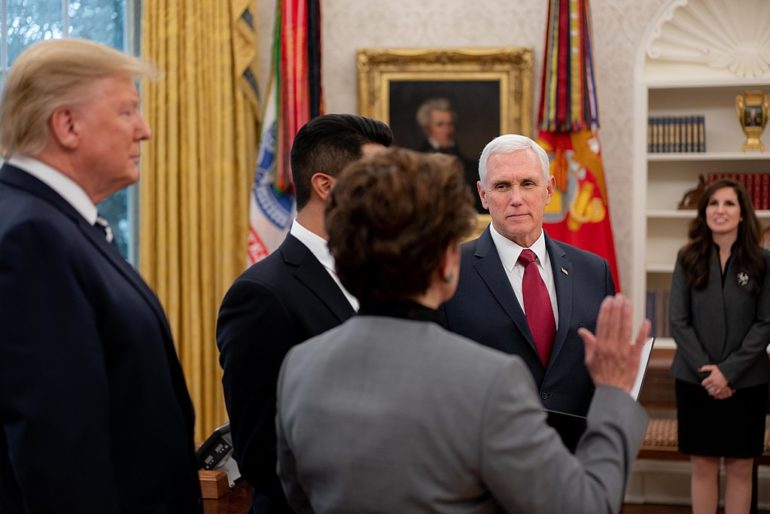 The Atlanta Journal Constitution reports that Pence will support Kemp on the eve of Georgia’s primary election as he faces challenger David Perdue, a former United States Senator from Georgia and Trump ally.

But many of Trump’s fiercest Republican critics have rallied to Kemp. That includes former New Jersey Gov. Chris Christie, who plans to soon stump for Kemp in Georgia, and former President George W. Bush, who recently donated to his campaign.

It’s also a fresh example of Pence’s attempt to distance himself from Trump after four years as his political sidekick. Pence called his former boss “wrong” for falsely claiming he could overturn the 2020 results and urged Republicans to focus on 2022 rather than fixate on the past.

On Friday, Pence described Kemp as a friend who is “dedicated to faith, family and the people of Georgia.”

“He built a safer and stronger Georgia by cutting taxes, empowering parents and investing in teachers, funding law enforcement, and standing strong for the right to life,” said Pence.

Trump has Kemp on a revenge list and blames Kemp for his defeat in2020.
If Kemp does not get 50% pf the vote, and Perdue finishes second, the two men will be in a head to head runoff in June.
Kemp is expected to announce a new Hyundai Motor Corp. electric vehicle plant next week that would employ 8,500 people in coastal Georgia and involve an estimated $7.5 billion investment.
[READ NEXT: Biden Hits Trump With New Nickname]