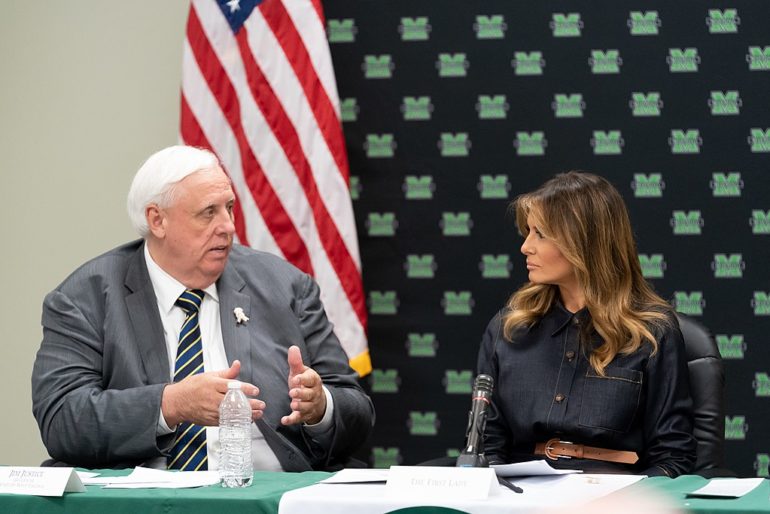 Trump has endorsed Alex Mooney, who is running against fellow Republican David McKinley due to West Virginia losing a seat due to the census and redistricting.

Mooney is seen as pro-Trump, while McKinley, a moderate has drawn the endorsement of Democrat Senator Joe Manchin.

Justice, a former Democrat, is saying the endorsement in the race is a mistake while also qualifying he is still friends with Trump.

Trump endorsed Mooney, who is running against fellow Republican Rep. David McKinley in a race that has turned extremely negative. Mooney has called McKinley a “RINO,” citing his votes to certify the 2020 presidential election, in favor of a commission to investigate the Jan. 6 Capitol riot and in favor of the Infrastructure Investment and Jobs Act. In response, McKinley has blasted Mooney as a carpetbagger and “political prostitute,” noting that he served in the Maryland state Senate before moving to West Virginia in 2014…

“Now I don’t have a dog in the fight against Alex Mooney in any way,” Justice said during a Thursday appearance with McKinley at a research facility in the northern part of the state, according to the Parkersburg News and Sentinel. “But I can tell you I have been close with the Trump family, and I am friends with Trump. From time to time, he can make a mistake. And this time, he has made a mistake.”

Trump won the state in 2020 by 39 points and has called Mooney a “warrior in every sense of the way.”

Justice has said he has only spoke to Mooney once since taking office.