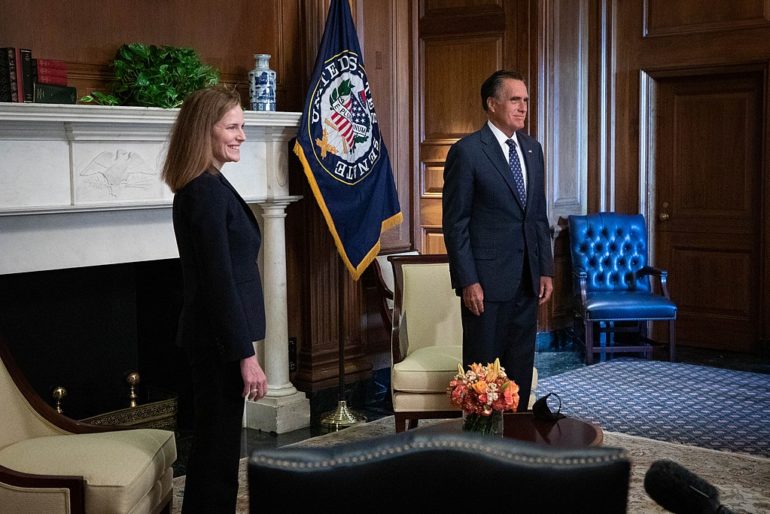 Enjoyed meeting with Judge Amy Coney Barrett, the President’s nominee to serve as Associate Justice on the Supreme Court. We had an informative, wide-ranging discussion about her impressive background and judicial philosophy. Look forward to her upcoming @SenJudiciary testimony. [Photo Credit: Office of Senator Mitt Romney Wikimedia Commons]
Nick Landry·
NewsPolitics
·9 months ago··1

Romney Admits Trump Will be 2024 Nominee if He Runs

Senator Mitt Romney (R.-Utah) has openly admitted that Republican for Donald Trump will be the 2024 Republican nominee for president if he wants to be.

Romney, who is famously anti-Trump and voted to impeach the former president revealed his thoughts this week, The Hill reports.

Trump has not made a decision on running yet, but has not ruled it out while teasing his intentions. Trump is the art of misdirection and he continues to do so as he travels around the country holding rallies and endorsing candidates.

Romney was the only Republican senator to vote to convict on impeachment charges in the Senate during Trump’s first trial.

[READ NEXT: Trump Gets BIG Win]