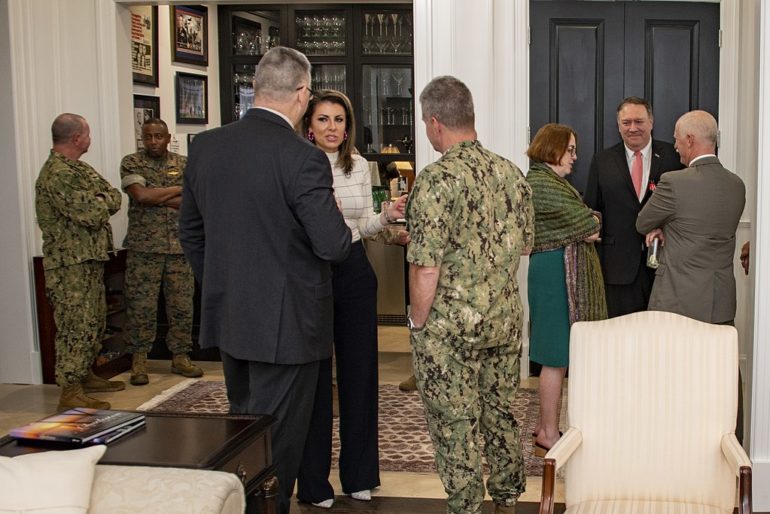 Trump endorsed candidate Morgan Ortagus, who also worked for the Trump administration has been kicked off of the party’s 5th district primary ballot The Washington Examiner reports.

The reason for kicking Ortagus, and two other people off of the ballot, was that they failed to meet the definition of “bona fide” Republicans which the party’s bylaws require.

The Tennessee Republican Party requires that candidates be “actively involved” in the state or local GOP and have voted in three of the last four Republican primaries, although members can vouch to party leaders that a candidate failing to meet these requirements deserves to remain on the ballot.

Ortagus, who earned the endorsement of Trump before entering the race in February, framed the decision to bar her as a move by “party insiders” to undermine her “America First” candidacy.

“I’m a bonafide Republican by their standards, and frankly, by any metric,” Ortagus said in a statement to the Tennessean. “As I have said all along, I believe that voters in Middle Tennessee should pick their representative — not establishment party insiders. Our team is evaluating the options before us.”

Ortagus has rankled party leaders in the state who object to her running in the 5th District despite having only moved to Tennessee last year. Her entry into the race gave rise to tensions between the state GOP and Trump, whose influence over the Republican Party is being tested in primaries across the country. The former president has endorsed more than 100 GOP candidates on the ballot.

Rumors have swirled that President Trump doesn’t care if she remained on the ballot or not, and since her removal has not issued any statement. A Trump spokesperson said that Ortagus still had President Trump’s support, calling the rumor a lie.

The other two individuals who were removed are Robby Starbuck, a Republican influencer and California transplant endorsed by Senator Rand Paul, and local businessperson Baxter Lee.