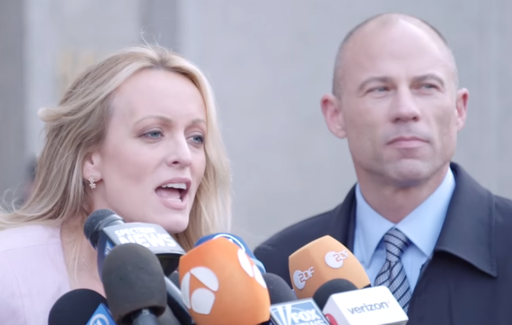 A New York jury found disgraced attorney Michael Avenatti guilty for swindling adult film star Stormy Daniels out of roughly $300,000 she was owed for a book deal. The charges were for wire fraud and aggravated identity theft. He represented himself in the trial and will be sentenced on May 24th. (CNBC)

House Speaker Pelosi urged athletes who are competing in the Beijing Winter Olympics to not speak up against China’s human right’s violations as the government is “ruthless” and may retaliate. (Washington Times)

The Facebook founder has fallen off the top 10 richest in the world list after Facebook’s stock (symbol: FB) plunged following a sell-off due to the company reporting its first quarterly user decline. Zuckerberg’s net worth dropped by nearly $30 billion dollars. (NY Post)

Congresswoman Pramila Jayapal is trying to move up the Congressional ladder. The progressive from Washington state is calling around her caucus trying to gain support to get a position in the Democrats House Leadership. She would be challenging the longstanding Pelosi-Hoyer power bloc in her party. (Politico)