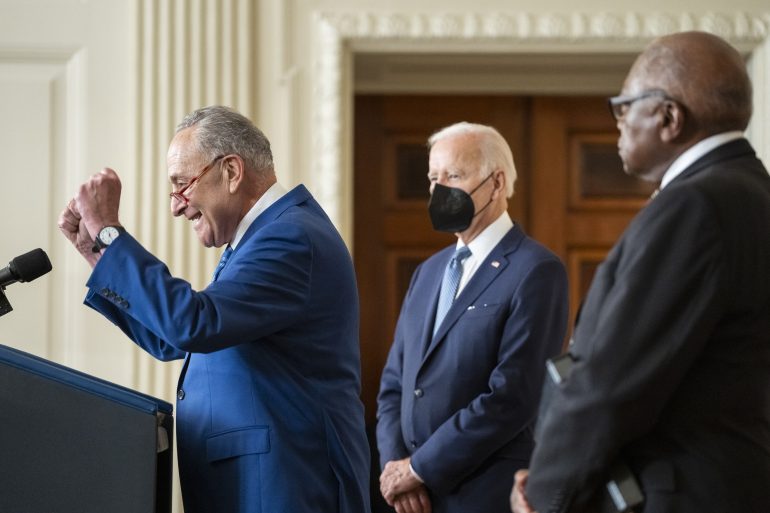 Schumer Caught on Hot Mic Admitting Democrats are in Trouble

Senator Charles Schumer (D-NY) was captured on camera Thursday afternoon informing President Joe Biden (D) that Democrats were in peril only days before the midterm elections next month while on a hot mic.

“That seat, we’re in danger in that seat,”  Schumer was caught saying while his microphone was live.

Schumer then tried to emphasize what he viewed to be a more positive development, claiming that “…it looks like the debate didn’t hurt us too much in Pennsylvania as of today.”

Schumer to Biden on the midterms:

"It looks like the debate didn't hurt us too much in Pennsylvania as of today, so that's good…we're picking up steam in Nevada…The state where we're going downhill is Georgia. It's hard to believe that they will go for Herschel Walker." pic.twitter.com/6fypr4BeY1

Schumer then went on to discuss on party’s chances in the Georgia Senate race between GOP challenger Herschel Walker and Democratic incumbent Raphael Warnock.

“The state where we are seeing, the state we are going downhill is Georgia. It’s hard to believe that they will go for Herschel Walker.” Schumer said.