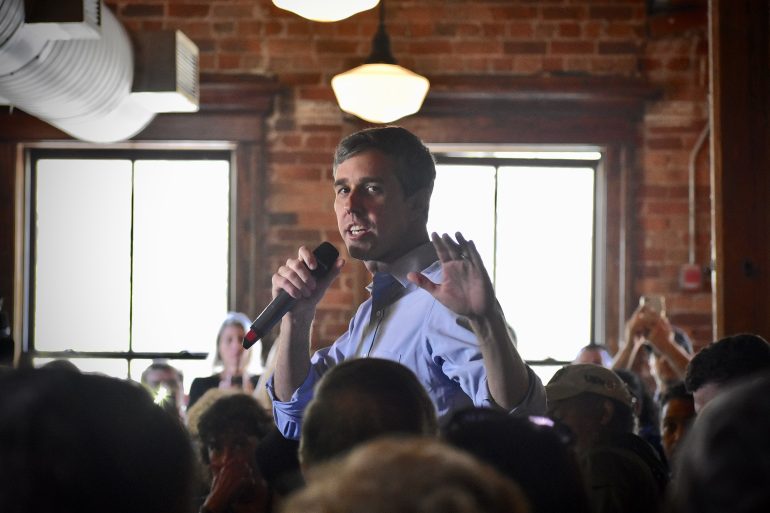 A new poll is now showing excruciatingly bad news for perennial Democrat candidate Beto O’Rourke in his latest bid for high office in the state of Texas.

The poll, conducted by the University of Texas at Tyler and the Dallas Morning News, shows that O’Rourke’s opponent in this year’s gubernatorial race, sitting Governor Greg Abbott currently has a nine point advantage over the previously failed Senate candidate 47% to 38%.

As if that wasn’t enough, Abbott’s lead grows from nine points to eleven when only likely voters are polled:

Continuing a patter that has held for months, a majority of Texans, 52% to 39%, approved of Abbott’s handling of immigration at the Texas-Mexico border, as well as many of his other actions, such as truck inspections and even the deployment of the National Guard and state police. However, only 48% supported using state funds to extend the border wall. Still overall, the governor’s net favorable rating for his border security push has risen to 13 percentage points from 9 last month. Meanwhile, President Joe Biden’s net unfavorable rating among Texans on his border handling has risen to 30%, with 59% disapproving, a drop of 8 points from August, when the split was 34%-55%

O’Rourke’s abysmal showing in the polls doesn’t bode well for Democrats, who have been banking on the hope that the Supreme Court’s decision to strike down Roe vs. Wade would somehow distract voters from shockingly high rates of inflation and crime that Americans have experienced under Joe Biden.

It remains unclear whether Democrats will be able to muster enough support from their base of wealthy white female college-educated liberals and urban dwelling minorities to keep the Senate in states like Nevada, Georgia, and Pennsylvania as well as gubernatorial contests in states like Texas and Arizona.

Other Democratic candidates were found to be fading slightly more than O’Rourke in the same poll. The November race for Texas attorney general remains the most competitive statewide contest, with Democratic challenger Rochelle Garza trailing Republican Ken Paxton by 37% to 30%. This is a 5-point drop from her position in August, when she trailed by only 2 points. And in a rematch of their 2018 race, Lt. Gov. Dan Patrick leads Democrat Mike Collier 39% to 28%. Patrick, who has pushed conservative legislation as president of the Texas Senate, has an overall mixed approval rating, with 40% approving of those surveyed approving of his performance and 40% disapproving.