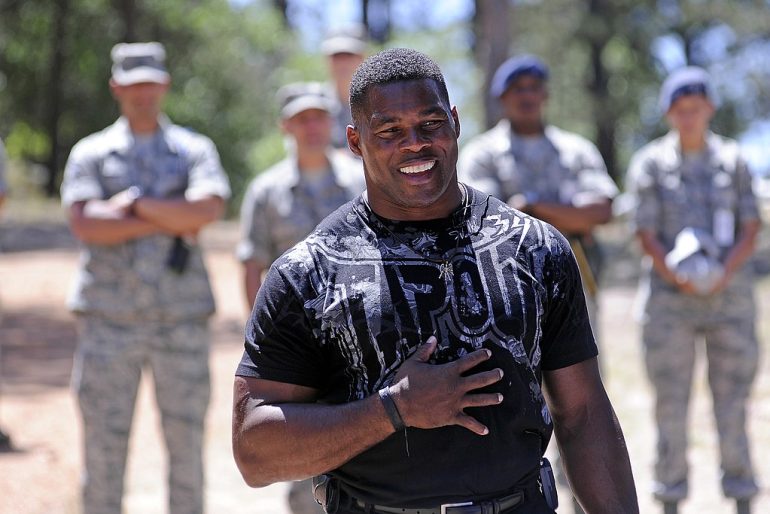 Herschel Walker was looking like he was poised to let the Democrats keep a Senate seat in Georgia.

Now it appears he is ready to run over Senator Raphael Warnock (D-GA) in route to a victory for the GOP in Georgia, The Daily Wire reports.

New polling not only has Walker in the lead but it has him increasing his lead over Warnock his opponent in November.

A new poll conducted by Advantage/Fox 5 has Walker leading Warnock 47-44, an increase of two percentage points.

Insider Advantage Chairman Matt Towery said in an interview with Fox5 that, “Warnock is winning among younger voters and seniors but trails badly among those 40-64. Men support Walker at 60%, while women support Warnock at 55%… Walker is receiving 12% support from African American respondents. With only 4% undecided, this race could very well be headed to a General Election runoff given the fact that there seems to be few points among the various demographics up for grabs.”

Walker has focused on attacking Warnock over his comments on race and the rhetoric that is currently being used by the Democrats.

In the ad Walker says, “Senator Warnock believes America is a bad country full of racist people… I believe we’re a great country full of generous people. Warnock wants to divide us. I want to bring us together.”

You can help Herschel beat Senator Warnock by clicking HERE.