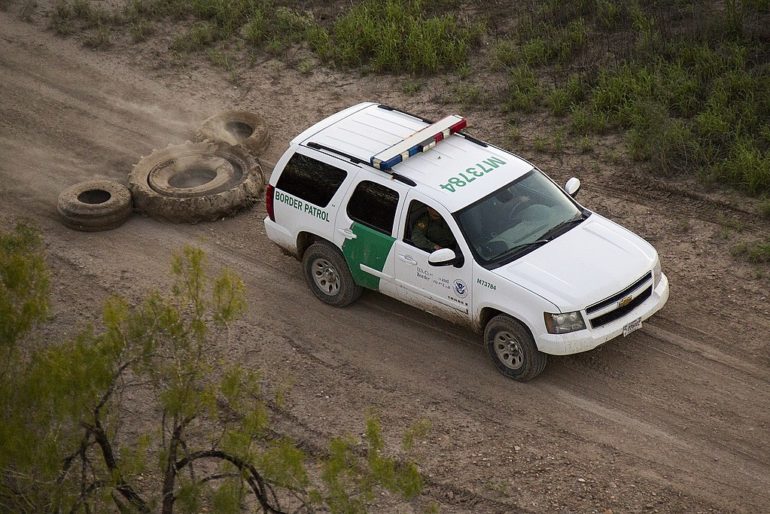 Of Migrants and Mayors, Busloads and Budgets

The city’s commissioner of immigrant affairs, Manuel Castro, was there to personally welcome 52 people off the bus, of whom 80% were single men, witnesses said.

“Many other people who are here have told us that the families who have boarded the buses in Texas don’t want to go to New York City,” Castro claimed, echoing Washington, D.C., Mayor Muriel Bowser’s unsubstantiated claim that illegal border crossers are being forced onto buses against their will.

In fact, Bowser has never backed up her assertion that “[i]n many cases, those people are boarding buses having been lied to about what’s going to be on the other end … .”

According to a reporter from the Daily Caller, migrants getting off a recent bus at Union Station in Washington “told me that the entire process was voluntary.”

For Bowser, the reality is also sinking in that about 15% of the bused-in illegal immigrants want to stay in the national capital area, according to the groups that assist them upon arrival. Bowser, who last year refused federal assistance in dealing with riots, takes buses of migrants more seriously.

However, her requests to get the D.C. National Guard to supply 150 soldiers per day to help with the influx, and for a federal property as a staging area, were refused by the Department of Defense.

D.C. congressional Delegate Eleanor Holmes Norton’s attempt to get federal emergency appropriations also seems unlikely to succeed, but meanwhile, the congresswoman has written to the national board of the Emergency Food and Shelter Program asking it to “permanently eliminate the cap” on reimbursements for long-distance travel for migrants.

“We anticipate that Texas and Arizona will continue to bus migrants to D.C. indefinitely,” said Norton. She wants as many of them out of her city—and into someone else’s—as federal money will pay for, also indefinitely.

The Emergency Food and Shelter Program was intended to help transition homeless Americans into permanent shelter, and the national board “encourages” local boards “to place special emphasis on identification of and assistance to the elderly, families with children, Native Americans, and [v]eterans.”

There’s no mention of indigent immigrants, legal or illegal, yet that is the fund being used to feed, house, and arrange travel for D.C.’s bus-borne arrivals.

Like Bowser, New York City Mayor Eric Adams insists that he will keep meeting demand, as New York has a “right to shelter” law.

As much as Adams and his team would like to paint the arriving migrants as desperate and ill-treated, exiting passengers seem well-dressed and supplied.

Gary Jenkins, commissioner of New York City’s Department of Social Services, bragged of the “Pampers, milk, formula, food for the families” and Metro cards the city provided, but said one family’s response to free transport was, “No, I’d rather take an Uber.”

That this family was eager to skip the line to move to the U.S. and the boring requirements of immigration law and process is obvious. That they are legitimate asylum claimants is less so.

Adams’ latest plan is reportedly to put illegal border crossers up at the old Milford Plaza hotel on Times Square, where rooms cost more than $400 per night. The plan won’t be ready for a month or more, and with large groups continuing to cross the border illegally, housing for a mere 600 won’t last long.

Adams claims that 4,000 migrants have come to New York from the border, filling homeless shelters intended for locals. However, Texas authorities say they have sent only 360 to New York, but almost 7,000 to Washington, D.C.

Norton calls the busing of migrants by Govs. Greg  Abbott and Doug Ducey, of Texas and Arizona, respectively, a “cynical political stunt.” Speaking of stunts, in response to Texas’ and Arizona’s efforts, Washington, D.C., Attorney General Karl Racine has just created a grant program for local organizations to help the “vulnerable migrants” (who appear to be, like those arriving in New York, mostly working-age men).

Racine has set aside a total $150,000 in grants—up to $50,000 each to nongovernmental organizations and charities—to service arriving supposed “asylum seekers.”

At roughly $21 a head, Racine’s total grants might be enough for one day’s food per migrant. Even assuming that 85% of them move on quickly to other U.S. locations, that leaves a number of new indigents on the D.C. taxpayers’ dime.

In announcing the grants, Racine touted the partisan efforts of his Office of the Attorney General to undermine federal immigration law, including his joining a legal challenge to the Trump administration in favor of “sanctuary” cities and refusing to help federal authorities with immigration enforcement.

The hypocrisy of big, blue city officials like Adams, Bowser, and Racine is appalling. They brag of being “sanctuary” cities, yet are incensed that some of the 2 million or so illegal aliens who have arrived in the U.S. on President Joe Biden’s watch should want to take them up on their generosity.

Bowser has said publicly that “local taxpayers are not picking up the tab. They should not pick up the tab … . We really need a coordinated federal response.”

However, the coordinated federal effort right now is behind getting as many migrants off the border and into the country’s interior as fast—and with as little publicity—as possible. Abbott’s and Ducey’s busing of willing volunteers is just shedding inconvenient light on the national disgrace of abandoned immigration enforcement.

Both local Democratic elected officials such as Bowser and Adams, and the Biden administration, seem happy with unlimited illegal immigration in theory, but neither much wants to pay for it. Immigrant advocates, in contrast, aren’t shy about hitting up local taxpayers.

Ashley Tjhung of the Migrant Solidarity Mutual Aid Network, which coordinates charities assisting illegal alien arrivals in Washington, said, “The mayor is sitting on millions of dollars within the D.C. budget.”

Mayors like Bowser and Adams, if they wish to remain true to their “open borders, no enforcement,” sanctuary city rhetoric, will have to delve deeper into voters’ pockets and ask them to divert resources intended for local residents to illegal aliens, with no end in sight.

Alternatively, those voters could demand that Congress fix the problem at the source by ending rampant abuse of the asylum process, properly using the Migrant Protection Protocols, finishing erecting the system of physical border barriers, and maybe even forcing Biden to let Immigration and Customs Enforcement do its job inside the country.

Simon Hankinson, a former foreign service officer with the State Department, is a senior research fellow in The Heritage Foundation’s Border Security and Immigration Center.