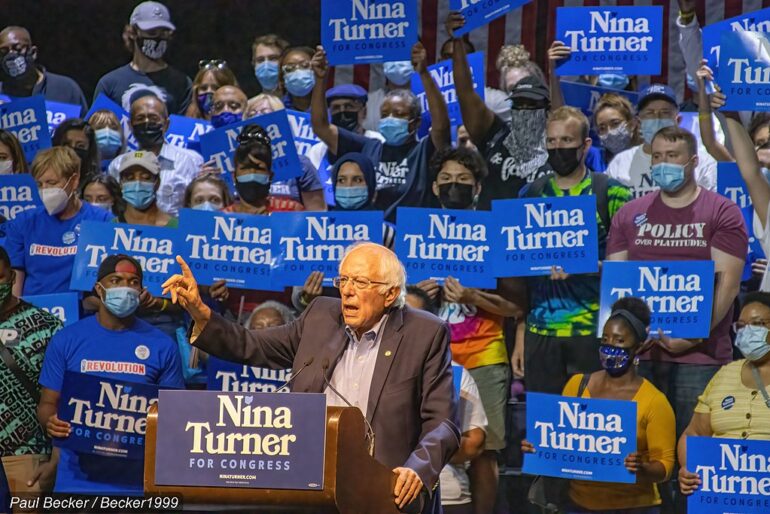 As the “Inflation Reduction Act” makes it way through the Senate and is debated on, Senator Bernie Sanders of Vermont offered a grim outlook at President Joe Biden and Democrat’s attempts to stem the tide of inflation.

After voting to debate the bill Sanders offered his take on the Senate floor.

Sanders stated,  “I want to take a moment to say a few words about the so-called Inflation Reduction Act’ that we are debating this evening. And I say so-called, by the way, because according to the CBO, and other economic organizations that study this bill, it will, in fact, have a minimal impact on inflation.”

Sanders was originally a major proponent of Biden’s $3 trillion Build Back Better bill, but after Senator Joe Manchin (D-WV) refused to back it this trimmed down version was compromised on.

That has caused Sanders to slam both the GOP and Democrats, saying, “The American people are tired.. They are hurting and they are begging their elected officials to respond to their needs.”

The Democrats are using this as an opportun9ity to reform Medicare which non-partisan groups say will end up costign American’s more.

Senate Minority Leader Mitch McConnell (R-Ky) was unequivocal in stating that Democrats, “are misreading the American people’s outrage as a mandate for yet another reckless taxing and spending spree.”

The results will be able to be judged quickly and the voters will speak in November.

[READ NEXT: Democrat Rep Accused of Lying After Vulgar Outburst at Republicans]