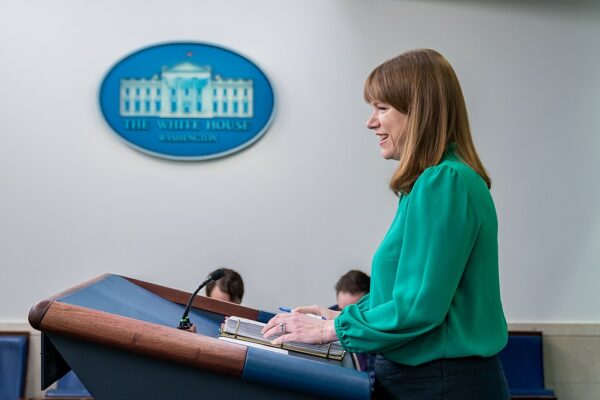 Biden’s Communications Director Kate Bedingfield was supposed to depart the White House Friday after her departure was postponed one week by Biden’s Covid diagnosis.

Instead is staying after being begged to stay by President Biden and White House Chief of Staff Ron Klain, The Daily Wire reports.

Bedingfield, in email to colleagues, said she was excited about this "awesome — if admittedly last-minute! — development. … The work is too important and too energizing and I have a lot of gas left in the tank."

Bedingfield, who worked for Biden as Vice-President and on his presidential campaign confirmed the news on her Twitter.

A massive thank you to everyone (every. one.) who endured listening to me wax on about how I regretted my decision to leave. There's so much more to do and I'm so proud and grateful to be part of this team. Onward! https://t.co/KUCV6HZjNk

White House Chief of Staff Ron Klain sang Bedingfield’s praises when she announced her departure. He credited her with getting Trump out if the White House and Kentanji Brown Jackson on the Supreme Court.

Her decision to stay brings some normalcy back to the White House that is in the midst of a staff exodus.