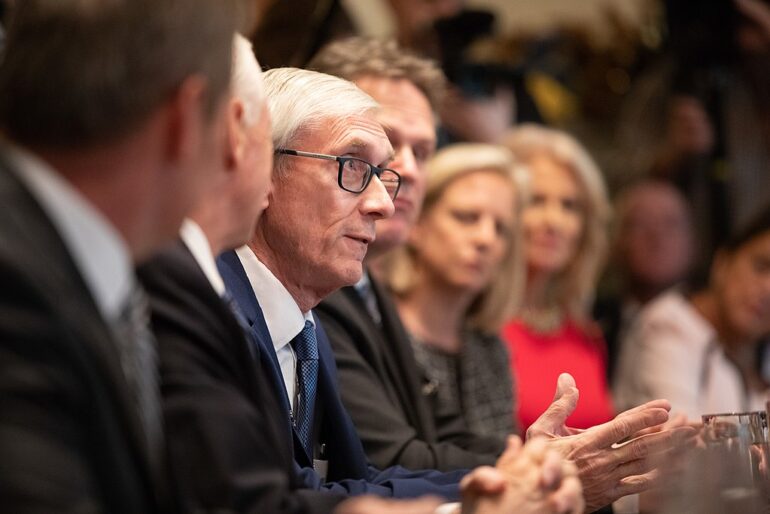 The Wisconsin Supreme Court has ruled that political appointees do not have to leave their posts after Democrat Attorney General Josh Kaul tried to kick a Republican appointee off the Natural Resources Board, The Daily Caller reports.

The reason for Kaul’s eviction attempt of Republican appointee Frederick Prehn was that Democrat Governor Tony Ever’s wanted to place his pick on the board.

The Supreme Court disagreed. Even though the pick’s term had ended the court ruled that an automatic vacancy is not created and that appointee cannot be replaced until the Senate approved the governor’s appointment.

The legislature in the state of Wisconsin is controlled by Republicans, who have successfully limited the executive power of Ever’s.

“Today, I remind the Wisconsin Supreme Court and the Republican Party of this state that we do still live in a democracy, a very basic function of which is the peaceful and respectful transfer of power, even – and most especially – when you lose,” Evers said, reported The AP. “[His appointees] should be considered on their merit, and should have the opportunity to serve the people of our state, regardless of whether or not they were appointed by a Democrat or share the same ideas as Republicans in the Legislature.”

The Republican-controlled Congress has successfully limited Evers’s executive powers since he was elected in 2018, including allowing the legislature to obstruct executive branch agencies’ rules and policies and passing laws that blocked him from appointing members to the state’s economic development agency, reported The AP.

Wisconsin Attorney General Kaul said that the decision undermines the premise of the system of government working at the consent of the goverened.