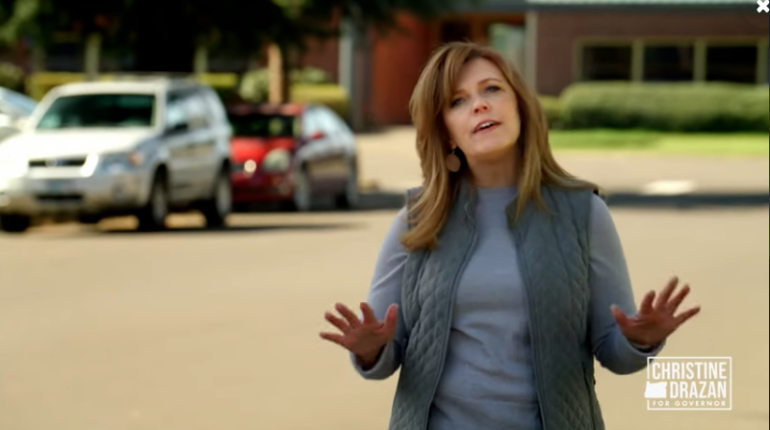 In a surprising turn of events a Republican candidate is leading the Democrat candidate for governor in Oregon, a state that has traditionally supported Democrats, The Daily Wire reports.

A two point advantage is all the Republican has, but in Oregon it could be significant.

A poll of 516 likely voters found that former Oregon House Minority leader Christine Drazan has a 29.5% to 27.5% advantage over the Democrat former House Speaker Tina Kotek.

One explanation for the close race could be that Democrats are splitting votes.

Former Democrat State Senator Betsy Johnson who is running as an independent has 19.4% of the support from the poll.

However there are some other reason, as The Daily Wire points out:

Drazan’s lead is currently within the poll’s 4-point margin of error, but the poll’s crosstabs show that Drazan has several factors working in her favor. Drazan garners more support from her own party than Kotek does: 68.2% of Republicans supported Drazan, while 57% of Democrats supported Kotek. Drazan garnered more support from Independents as well: 19.1% of independents backed Drazan, while 14.7% backed Kotek. Johnson siphoned off a significant chunk of voters from both parties, but took more votes away from Kotek than Drazan: 18.4% of Democrats backed Johnson, compared to just 13.9% of Republicans.

Oregon has not has a Republican governor since 1982.