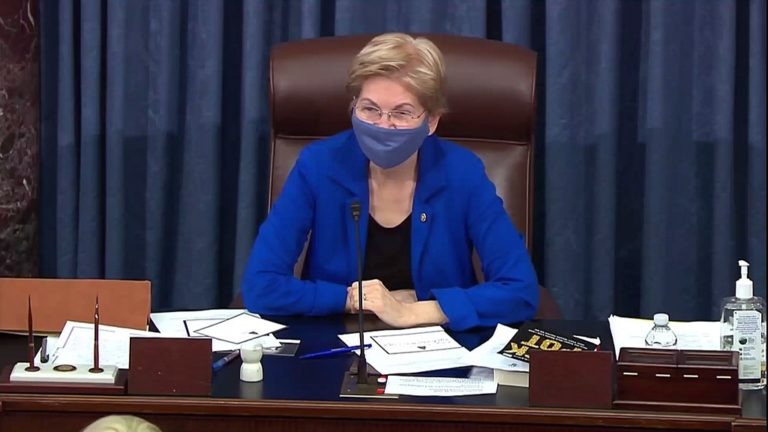 Elizabeth Warren Accuses McCarthy of Being a ‘Liar and Traitor’

Following reports of communications between House Minority Leader Kevin McCarthy (R, Cali.) and President Trump on January 6th, Senator Elizabeth Warren is calling him a “liar and a traitor.”

“They understand that it is wrong what happened — an attempt to overthrow our government,” Warren said on CNN’s “State of the Union.” “The Republicans instead want to continue to try to figure out how to make [the] 2020 election different instead of spending their energy on how it is that we go forward in order to build an economy, in order to make this country work better for the people who sent us to Washington.” “Shame on Kevin McCarthy,” she added.

The crux of the issue is McCarthy said he would recommend Trump resign in the face of Articles of Impeachment which he predicted would pass.

He denied the account, but the New York Times released audio of a phone call between him and other Republican leaders where he is on record saying it.

Trump has stated that the revelation has not strained the relationship between him and McCarthy, but it appears Warren wants to make. big deal about it.

[READ NEXT: Romney Hit With Cease and Desist]