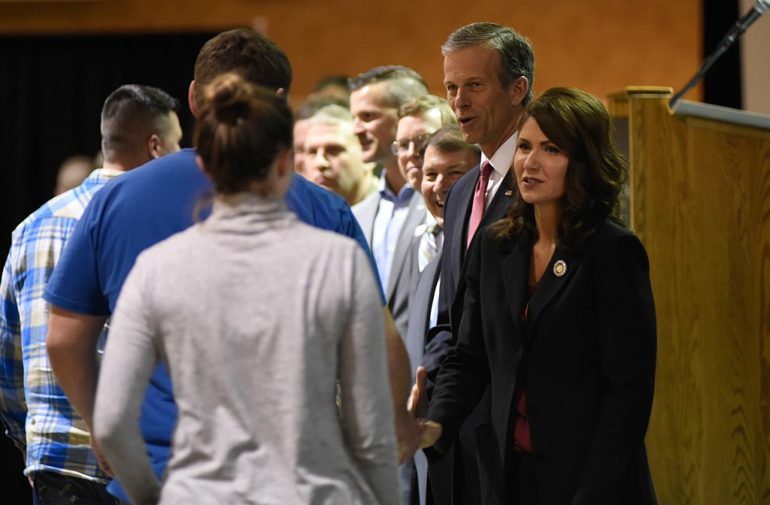 Noem will speak at the new speakers series at the Reagan Presidential library that explores the future of the GOP.

Noem has closely aligned herself with Trump but as a possible candidate in 2024 she is careful to praise Trump while also indicating the future of the GOP does not surround one individual.

While in the interview she called Mr. Trump a “game-changer when it comes to the next election and the election cycle after that,” she described the GOP as a party defined by the “long term” and centered around ideals and values and not necessarily just one individual.

Ms. Noem is one of just two women to appear so far on early lists of potential 2024 GOP presidential candidates, along with former South Carolina governor and former United Nations ambassador Nikki Haley.

Should Mr. Trump follow through on his suggestions of another White House bid, Ms. Noem said in the interview she would support him and dismissed the notion she might launch her own national bid. “There’s 48 other people out there, I think, probably running for president, so I don’t need to throw my hat in that ring,” she said.

The 50-year-old, who is favored to win re-election in November in her heavily Republican state, is doing something prospective presidential candidates often do: She is writing a book, set to be published in June. “I’m just letting people know a little bit more about me, and letting them know that sometimes how I got defined by the left and the right isn’t necessarily accurate,” she said.

Noem has led South Dakota to be the freest state in the union during the pandemic and has aligned herself closely with Trump, presenting him with a gift when he visited Mount Rushmore in 2020, and holding a fundraiser with him in Mar-a-Lago for her 2022 election campaign.

However, Noem has said that Reagan has been her idol since childhood, and it is hard to top that.

[READ NEXT: NBC News Furious With This Biden Official]