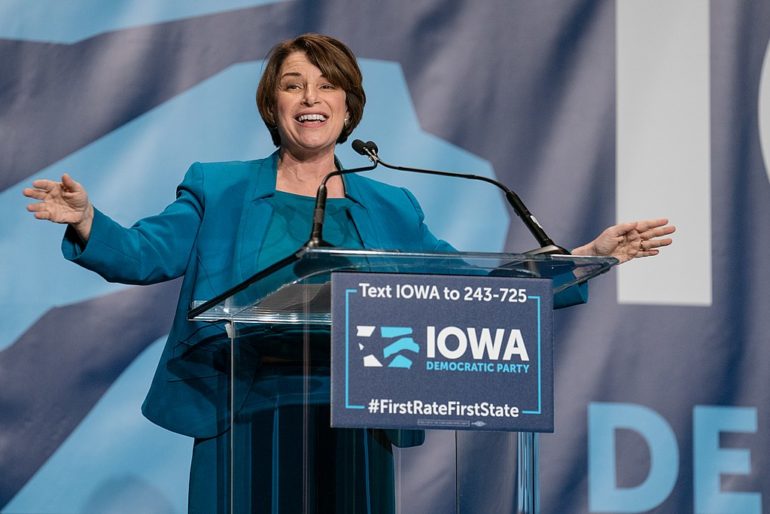 This article was originally published on FEE.org.

This week, Congress will take aim at popular services like Amazon Prime and Apple’s App Store during the Senate’s hearing on the “American Innovation and Choice Online Act,” (AICOA).

The bill, sponsored by Minnesota Sen. Amy Klobuchar, is a far-reaching expansion of American antitrust laws driven by a panic over the success of American tech platforms. While proponents of expanded antitrust enforcement argue that these reforms will benefit consumers, it is clear that this legislation is more about punishing politically unpopular companies than protecting consumers.

The bill requires “covered platforms” (only Facebook, Amazon, Apple, Microsoft and Google qualify) to essentially allow the legal system to decide many of the products and services they can offer. Specifically, the bill would prohibit “self-preferencing” of a company’s own products when that behavior leads to “unfair competition.” What counts as self-preferencing and which instances contribute to “unfair competition” would be decided by a judge. Practices that could be caught up in this sweeping prohibition could range from offering Apple TV+ pre-installed for free on Apple TVs to promoting Google Maps directions as a top result on Google Search.

Regulatory uncertainty and the possibility of prohibition surrounding these popular products will result in fewer options and higher costs for consumers. As firms are left to deal with higher prices to ship on Amazon and advertise on Facebook or Google, those increases will surely be passed on to consumers. Even center-left economist Larry Summers has warned that “[H]ipster Brandesian antitrust…is more likely to raise than lower prices.”

Consumers will also lose out on all of the would-be products and services that are no longer economically viable to develop. Why would Google continue to invest in researching and developing new free services if a judge could decide at any time that they can no longer offer the service?

How this legislation would make consumers better off is unclear. Even proponents of the legislation don’t seem certain. A staffer for Republican Sen. Chuck Grassley, a co-sponsor of the legislation, was quoted as saying “If we make carveouts for all the pro-consumer features, then the bill will be useless.”

Take Amazon Basics, Amazon’s “private label” (aka store-brand) product line has become one of the most high-profile examples of a product that this legislation could prohibit. Under the AICOA, Amazon could be potentially limited in its ability to produce and promote Amazon Basics products, since it would be selling and promoting its own product on its own platform.

Putting aside the fact that third-party sellers can easily sell their products on platforms like eBay, Etsy, or Shopify, Amazon is not unique in producing and selling its own line of private label goods. Target, for example, generates 33 percent of its revenue through sales of a robust roster of 48 private label brands, with ten of the brands valued over $1 billion each. Other large retailers like Kohls and JC Penney generate more than 44 percent of their revenue from private label sales, while Amazon’s share of sales from private label goods is only 1 percent.

Clearly, our era’s would-be trustbusters do not consider the “self-preferential” behavior of selling private label goods to be “unfair competition” when done by brick-and-mortar retailers. They are right to allow these retailers to make these decisions independent of government interference, and they would be wise to do so with the rest of the economy.

This legislation is tailored in a way that singles out and attacks some of the most successful companies in America. There are a variety of reasons why legislators may want to do so, ranging from propping up in-state competitors to concerns about how companies moderate content online. These concerns, however, are outside the scope of antitrust’s limited goal of putting consumer welfare first.

Congress would be wise to realize that and leave Big Tech alone.

Marcus Maldonado is a Programs Associate with Students for Liberty, and the founder of the Wave Center for Policy and Enterprise, a think-tank based at Tulane University.

This article was originally published on FEE.org. Read the original article.