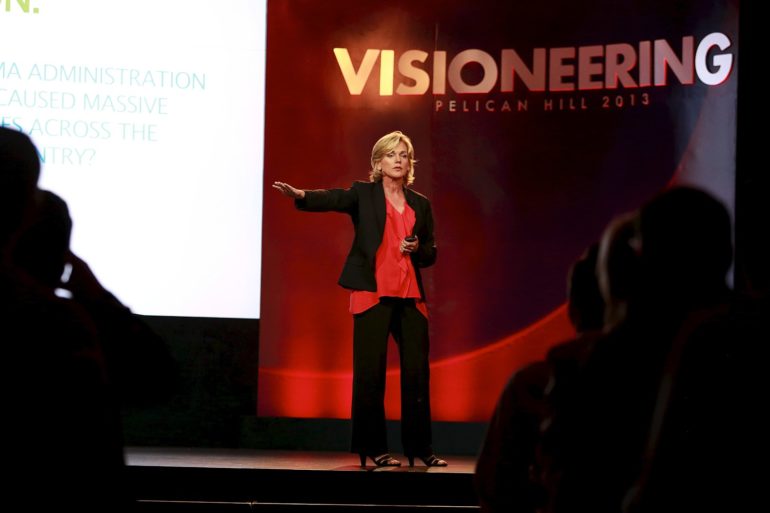 The X PRIZE trustees gather with other leading thinkers for a two-day Visioneering meeting to brainstorm, debate and prioritize which of the world's grand challanges might be solved through incentivized competition. This years event was held at Pelican Hill Resort in Newport Beach on April 25-28, 2013. Jennifer Granholm, UC Berkeley (Photo Credit: XPRIZE Foundation, CC BY 2.0 , via Wikimedia Commons)
Nick Landry·
MoneyPoliticsStocks
·1 year ago··3

Trading stocks as the Energy Secretary is not illegal but here’s where the problem comes in: Granholm failed to disclose these trades until mid-December which is weeks or, in some cases, months past the deadline, which was first uncovered by Insider.

In 2012, Congress passed what’s known as the STOCK Act which was designed to thwart members of the government from trading on insider or congressional knowledge. It’s also intended to prevent conflicts of interest by forcing government insiders to disclose all stock trades within 30 days of execution.

First time violators of the STOCK Act face a fine of $200, but according to Insider it’s unclear if Granholms’s paid any penalties.

Granholm’s camp claims she’s is compliance with the law and this was a “clerical” mistake.

“This was an inadvertent clerical oversight on reporting stock sales that ethics officials previously determined did not pose a conflict in her role as Energy Secretary and the Secretary paid the late filing fee,” said a Department of Energy spokesperson.

However, the problems don’t end there. Granholm traded shares of Gilead Sciences — a pharmaceutical contractor with the federal government– and Vivint — a home security company– which has recently become involved in the green energy sector further raising suspicion of her stock market activity.